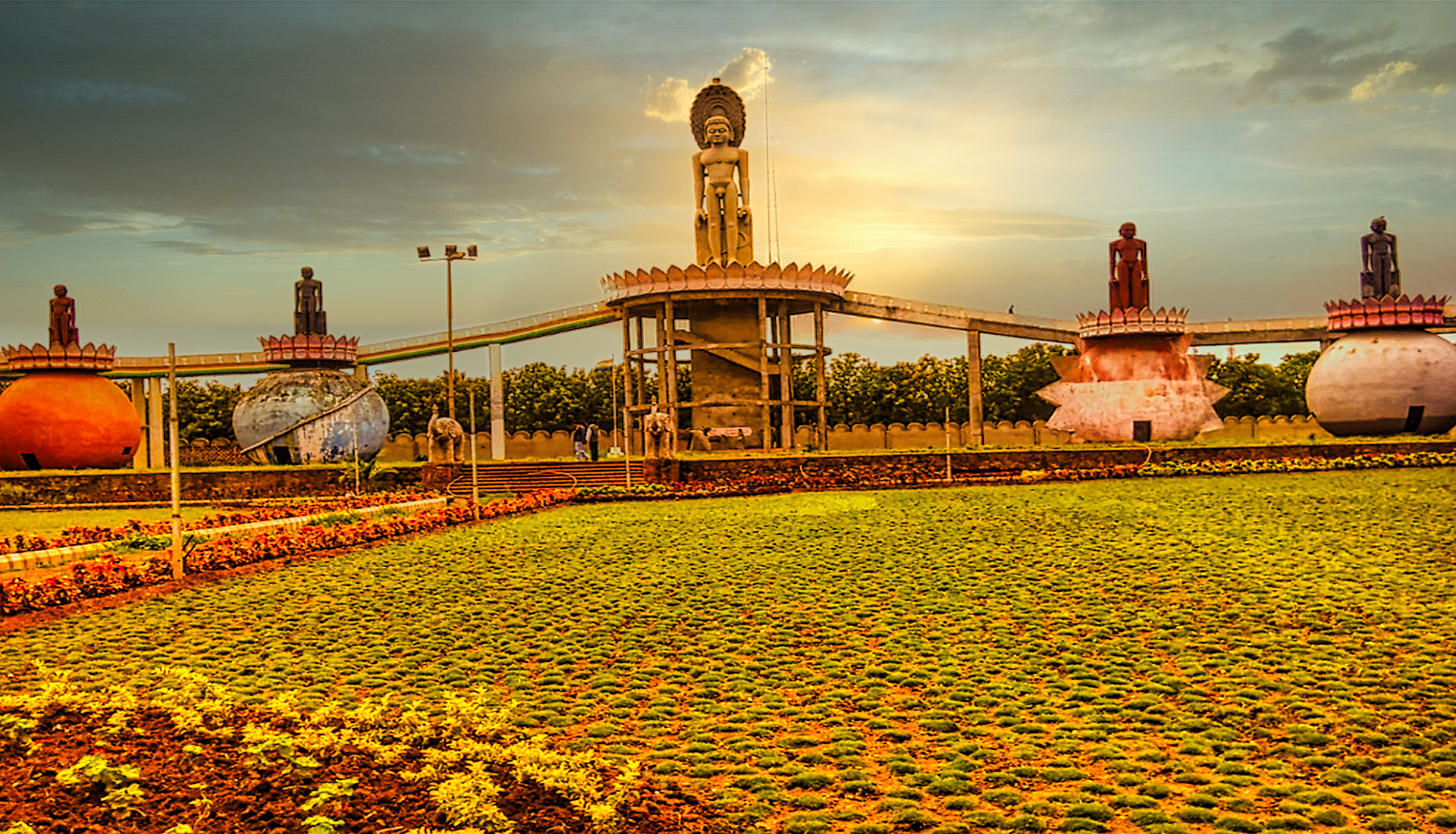 History of the temple

Navagraha temple or digambara Dath Jain Temple is created by Shri Gundhar Nandi.  He was supported by Sri Dharmasena Bhattaraka Swamiji and others.  The temple was started to be built in the year 2005 January.  The carvings of the statue were completed in 1 year.  The deity in the temple was Lord Prashavanatha.  The statue was carved in one single piece of rock.

The temple is situated in Varur near hubli, Karnataka.  Navagraha Jain temple or Digambara Jain temple is also known as Navagraha Teerth.  The main deity was Lore Prshavanatha.  The statue height is 109 foot (33m).  The statue can be seen up to 4km away.  The deity is in a standing position.  The statue is 185 tons.  They believed the Grahadhosas were removed by worshipping them.  Recently a musical foundation and garden was planted to build near to the temple.

The temple is open for 24 hours every day.

Nearby places to visit