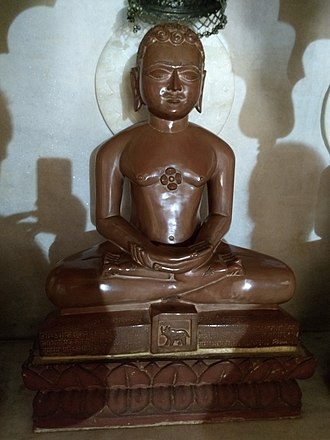 In his past manifestation Shreyansanatha was King Nalingulm of Kshema town in Pushkarvar Island. After numerous births of thorough profound compensations, he had arrived at an extremely commended condition of otherworldly illumination. This prompted his being renewed as the following Tirthankar after his spirit went to the Mahashakra measurement of the divine beings. His spirit at that point slid into the belly of Queen Vishnadevi who was the spouse of King Vishnuraja of Simhapur close to Sarnath. At the point when the kid was in the belly the Queen envisioned about the fourteen promising things. On hearing this, their Kulguru Kaudinya said that the kid was no customary soul except for an incredible one who might be the Tirthankar. The King and Queen were excited that they had been honored to be conceived as the guardians of Tirthankar. The Queen brought forth a child on the twelfth day of the dim portion of the long stretch of Bhadrapad (according to the Hindu schedule). The entire Kingdom was drenched in bliss. He was named Shreyansanatha. He was a harmony, adoring and loyal youngster. He was engaged with petitions and contemplation more often. The King at that point chose to get him hitched and afterward following a couple of years he gave over the Kingdom to him and resigned to the timberland to take up profound practices. In the wake of administering the Kingdom for a long time Shreyansanatha started to feel fretful. In his reflections he saw all his previous existences and understood the motivation behind his introduction to the world. Giving over the Kingdom to his child he accepted asceticism. Large numbers of the individuals from the regal family and his subjects too followed him and accepted asceticism. He went through thorough otherworldly repentances and on the fifteenth day of the dull portion of the period of Magh (according to the Hindu schedule) under a mango tree he accomplished Omniscience.