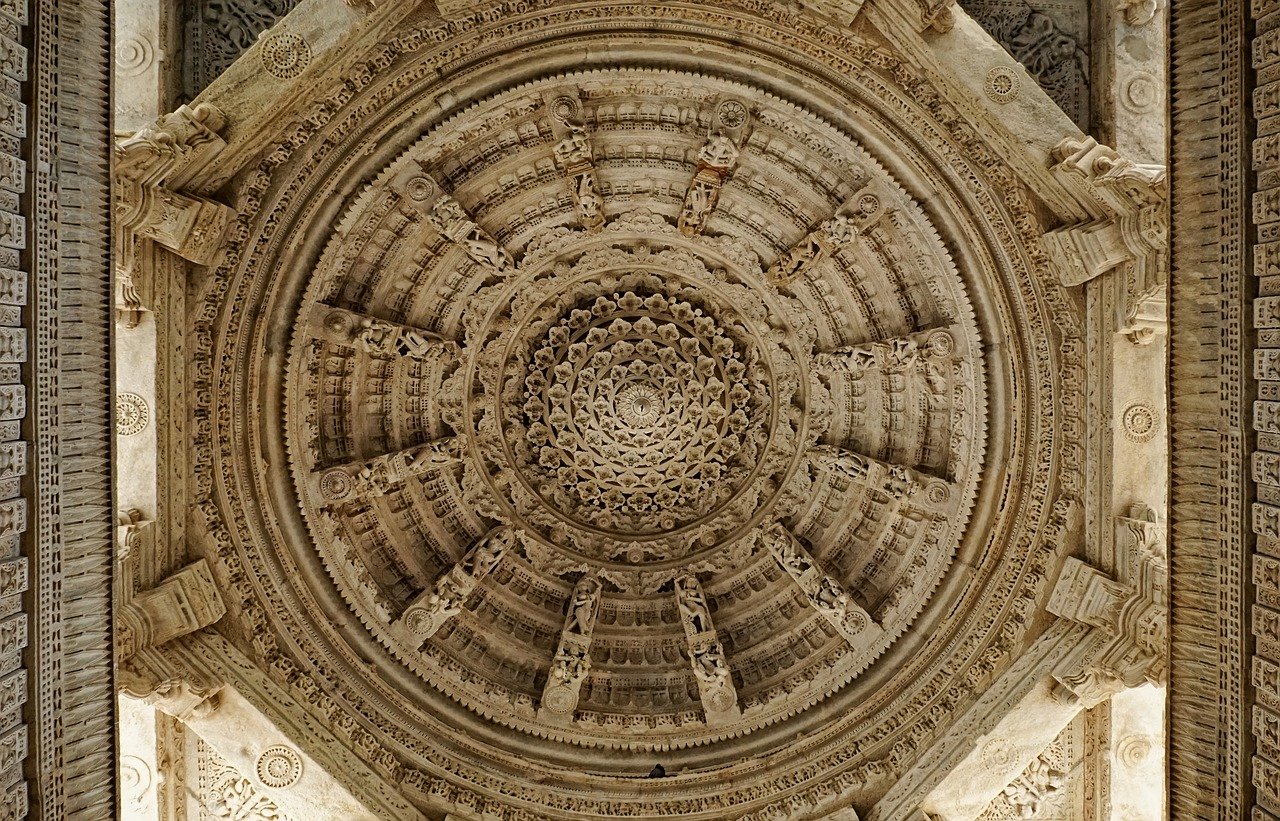 Jain temple architecture is generally close to Hindu temple architecture, and in times Buddhist architecture. Normally the same builders and carvers worked for all religions, and regional and period styles are generally similar. For over 1,000 years the basic layout of a Hindu or most Jain temples has consisted of a small garbhagriha or sanctuary for the main murti or cult images, over which the high superstructure rises, then one or more larger mandapa halls.

Māru-Gurjara architecture or the "Solanki style" is, a particular temple style from Gujarat and Rajasthan (both regions with a strong Jain presence) that originated in both Hindu and Jain temples around 1000, but became enduringly popular with Jain patrons. It has remained in use, in somewhat modified form, to the present day, indeed also becoming popular again for some Hindu temples in the last century. The style is seen in the groups of pilgrimage temples at Dilwara on Mount Abu, Taranga, Girnar and Palitana.