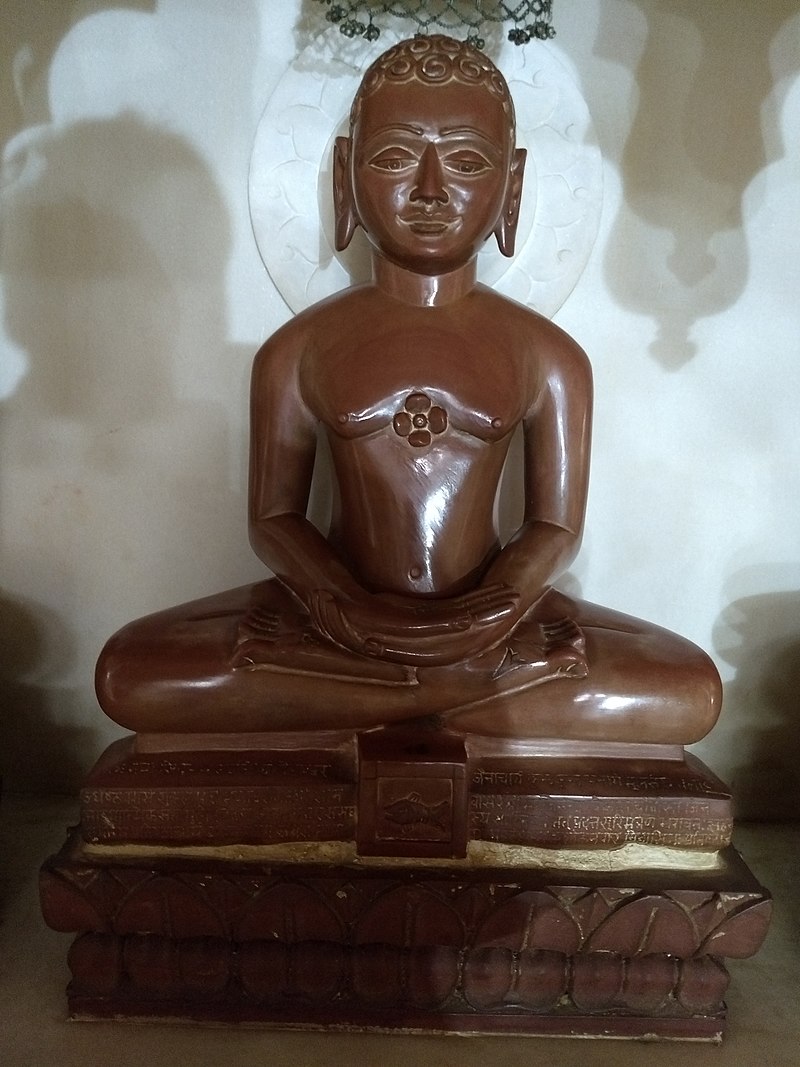 Symbol: Fish as per Digambara and Nandavarta as per Shvetambara

Aranatha in his previous manifestation was King Dhanpati of Sushima city in Mahavideha zone. Subsequent to administering for various years he took Diksha from Samvar Muni. He had done thorough atonements for various lifetimes and had achieved an extremely lifted up condition of edification. Along these lines his spirit was renewed as the following Tirthankar. He resurrected in the Graiveyak measurement of the Gods and afterward dropped into the belly of Queen Mitradevi who was the spouse of King Sudarshana of Hastinapur. The two of them were thrilled to hear that the kid to be brought into the world would be a Tirthankar. The Queen before long brought forth a child on the 10th day of the Krishna Paksh of the period of Margashirsh as per the Hindu schedule. The Queen had additionally longed for a jewel studded wheel and thus the kid was named Aranatha. Time passed by and they got him hitched. The King at that point gave over the Kingdom to his child and resigned to the backwoods to rehearse profound controls. Aranatha controlled the Kingdom carefully. Before long the circle weapon 'Chakra' showed up in his ordinance and he continued to vanquish the realm with his powerful armed force. It is said that he vanquished the six landmasses and in his participation were 32 thousand Kings, in this way he turned into a Chakravarti.After a long and effective rule, one day considering the changing seasons an unexpected feeling of separation came over him. He chose to revoke everything and become an austere. Meandering as a parsimonious he remained in contemplation under a mango tree in the Sahasramra wilderness outside Hastinapur and accomplished Omniscience.

He started lecturing about connection and repugnance for common longings and techniques to vanquish daydream and gain discharge from common servitude. He encouraged his supporters to rehearse peacefulness and sympathy and spotlight on the genuine objective of life i.e. freedom. He clarified the ideas of Right Action, Right Thinking and Right Conduct. Finally at Sammed Shikhar he achieved Nirvana. His devotees incorporated the sixth and seventh Vasudevas and Baldevas and the eight Chakravarti.