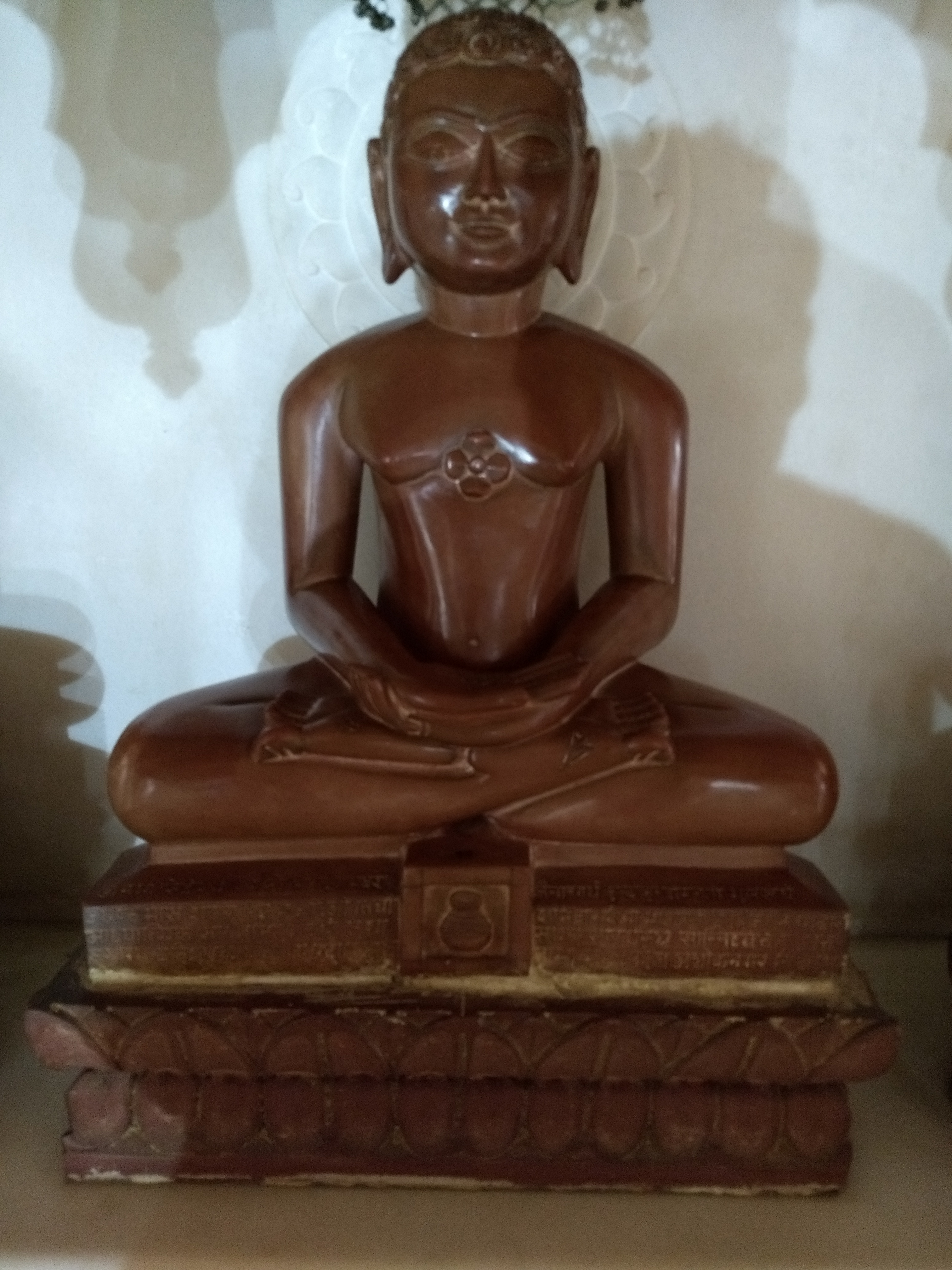 Mallinatha was king in his past life.  In his past life his name was Mahabal.  The spirit of Mahabal being exceptionally advanced slid into the belly of Queen Prabhavati who was the spouse of King Kumbh of Mithila. During the pregnancy the Queen wanted to smell blossoms constantly so she dozed on a bed of five distinct shades of fragrant blossoms. On the 11th day of the splendid portion of the long stretch of Margashirsh, everybody was amazed to see that the Queen had brought forth a lovely young lady. Defeating their astonishment of the Tirthankar being a lady however bowing to the Supreme Divine Will, they named her Malli Kumari because of the Queen's longing for blossoms during pregnancy.  Once a well known dealer got a Divine endowment of studs which were talented to the youngster. As she grew up her magnificence and devotion is said to have dazzled everybody. Large numbers of the close by Kings heard accounts of her excellence and were quick to see her.  Once a female vagabond named Choksha went to the royal residence and when she was rectified by Malli Kumari on some profound matter she was infuriated and chosen to deliver retribution. She went to the six Kings who were Malli's companions in the previous birth and stirred in them a craving to wed the Princess Malli Kumari. At the point when every one of the six came outside her castle with their militaries, the King didn't have the foggiest idea what to do to forestall carnage. Yet, Malli Kumari being a profoundly acknowledged soul requested that her dad invite the Kings and leave the rest to her. In the castle garden she got a chamber made with her life size sculpture which was empty.  She started filling the empty with food. She developed six chambers with windows and after numerous days she welcomed the six Kings to see the sculpture from their chambers subsequent to locking them inside. From the windows of the chambers the six Kings saw the sculpture confusing it with Malli Kumari. They were stricken by her excellence. Gradually she opened the neck of the sculpture and the smell of rotten food wrapped the air. Presently the six lords started to choke out when they ended up bolted with the odour and started upbraiding themselves. Malli Kumari at that point opened their entryways and disclosed to them that the body was just a mass of substance which was transitory and its excellence was just transient. She at that point helped them to remember their previous birth and their kinship. The companions quickly got up to their motivation of life and their otherworldly status and got back to their individual realms making plans to follow the way of renunciation. Malli Kumari before long accepted asceticism and left the Kingdom alongside numerous devotees. She started thorough profound atonements and before long accomplished Omniscience.

She started lecturing on composure, sympathy and Non Violence. The six Kings also took Diksha and accepted asceticism. Subsequent to spreading the way of thinking and the fundamentals of Right Living, Right Conduct and Right Knowledge. Malli Kumari achieved Nirvana at Sammed Shikhar on the fourth day of the splendid portion of the period of Chaitra.