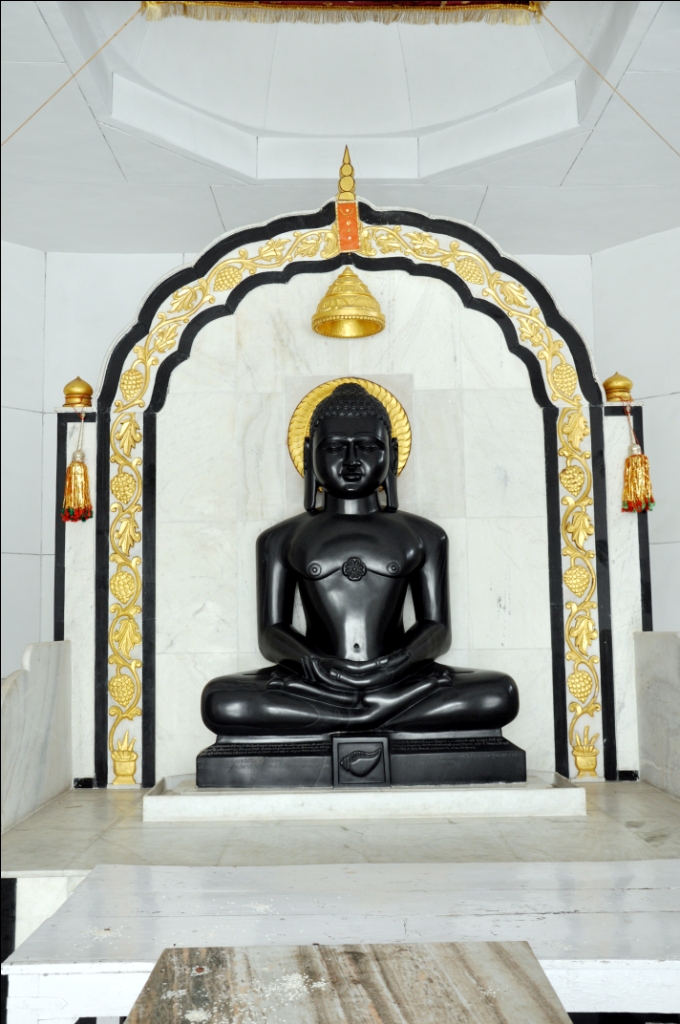 Neminatha's soul presently slid into the belly of Queen Shiva Devi who was the spouse of King Samudravijay of Sauripur. On the fifth day of the splendid portion of the long stretch of Shravan the Queen brought forth a child and he was named Neminath. The more youthful sibling of King Samudravijaya was Vasudev whose senior Queen Rohini had a child named Balram and junior Queen Devaki had a child named Shrikrishna. Balram and Shrikrishna were supposed to be the 10th Baldev and Vasudev in Jain way of thinking. Jarasandha was the Prativasudev and he and Kansa were brutally abusing everybody. Accordingly the Yadava group moved from Mathura to Dwaraka which was developed by Shrikrishna close to the Girnar Mountain. At some point, it is said that while playing, Neminath lifted the Panchajanya conch and blew on it and he additionally lifted the heavenly disk Sudarshan Chakra. Shrikrishna heard the sound of the conch and was dazed as they were past the limit and strength of any champion on the planet. To test his ability he provoked Nemi to a session in the gym however found amazingly that his cousin Nemi had exceptional strength as well as an absolute mentality of separation to common exercises. Believing that he would make a decent Chakravarti he at that point convinced him to get hitched. Shrikrishna at that point started searching for reasonable unions. His significant other Sathyabhama educated him about her wonderful sister Rajul(Rajimati) who was considered famously appropriate by all and the marriage was fixed. On the big day, Prince Neminath was riding an elephant and continuing towards the marriage corridor when he saw pens of creatures and birds. At the point when he understood they were implied as dining experiences for the wedding, a profound feeling of depression and separation came over him. He requested for the arrival of every one of them and the marriage parade to get back to Dwarka and dropped the wedding. In transit he removed every one of his assets and ornaments.All the older folks including Shrikrishna attempted to prevent him yet he announced that people also were limited by their chains much the same as the creatures in the confines and the satisfaction when they were delivered was like the freedom that man would accomplish on breaking the common servitude. On the 6th day of the brilliant portion of the long stretch of Shravan as per the Hindu schedule he accepted asceticism alongside various individuals from the regal family and his subjects. Shrikrishna also was profoundly moved by the occurrence and favored his cousin in his central goal. Following various long periods of profound otherworldly compensations he accomplished Omniscience on the fifteenth day of the dull portion of the period of Ashwin while thinking under a Bamboo tree.

He at that point set up the four pronged strict organisation of Sadhus, Sadhvi, Shravaks and Shravikas. He achieved Nirvana on the eighth day of the brilliant portion of the period of Ashadh. Rajul his proposed lady also took Diksha and after thorough profound repentances got freed.